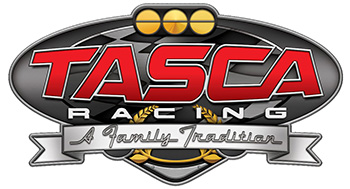 TASCA’S BACK FOR THE FOUR-WIDE NATIONALS!

It’s been a long cold winter in New England but Bob Tasca III has been hard at work rounding up sponsors to run a limited schedule for the 2015 season. Tasca announced at the end of the 2014 season he was going to run a limited race schedule and be back in a Ford! Tasca is very pleased to announce NewAutoParts.com will be the primary sponsor for the Four-Wide Nationals.

WHY DID FORD PULL OUT OF DRAG RACING?

“I have received thousands of comments from fans expressing their confusion and disappointment about Ford dropping there funny car support. My opinion of what took place is simple the head of Ford racing has very little interest in drag racing. As a result the message that got to the top of the house within Ford’s senior management was Drag Racing is a dying motorsport. We’ll we couldn’t disagree more. NHRA has seen growth in TV ratings, attendance and strong investment from Toyota, Dodge and now GM. Not to mention the hundreds of thousands of Ford fans that supported Ford within the sport for more than 60 years! I believe down the road the senior management team within Ford will realize that Drag racing is alive and well. However, my loyalty is with the Ford fans and the Tasca family will do what we can to maintain a significant Ford presence for all those loyal Ford fans of NHRA.

HOW MANY RACES ARE YOU GOING TO RACE IN?

“The support I have received from my fans has been amazing. I wish I could say I would race in all of them but finding sponsorships in this economy has not been easy. I’m planning on running in 3 or 4 events this season. Although, I believe our new Primary Sponsor NewAutoParts.com will be well received within the NHRA fan base and could lead to more races. I was introduced to NewAutoParts.com about a year ago. I was so impressed with how they manage their operation that my family made a major investment in their business model. Currently NewAutoParts.com sells new Original Factory Replacement parts for FORD, GM, HUMMER, CHRYSLER, DODGE, JEEP, MAZDA, VOLVO, LINCOLN, NISSAN with more Brands coming soon! NewAutoParts.com offers the competitive prices, unparralelled customer service and fast discounted worldwide shipping services for all their customers genuine parts needs. The best way to see me at more races is to purchase your new original factory parts at NewAutoParts.com.”

TELL US ABOUT YOUR TEAM.

“I’m blessed with some of the hardest working guys I know. When Ford announced they were pulling out of NHRA drag racing I told everyone on my team all they had to do was move to RI and they had a job waiting for them. All my key guys stayed with me. Now not only are they going to help me win on the race track but they are helping my family win back at the dealership. My car chief since day one Tom Leskovan will be overseeing the operation at the track and assisting me in tuning the car. I have always wanted to get involved with the tuning of the car and now I have the chance. I’m not sure what I’m more excited about getting back in the seat or making some tuning decisions.”

WHAT ARE YOU LOOKING MOST FORWARD TO AT THE FOUR-WIDE NATIONALS? “I’m looking forward to getting back out there seeing the fans being around my racer friends. Those are the two things you miss the most the fans and racers, they become part of your family. As for the race we have the best parts, I have a great team to work on the Ford Mustang and as long as I didn’t forget how to drive you just might see this NewAutoParts.com car in the winner’s circle.”

Founded by a team of parts and shipping professionals, Newautoparts.com understands the importance of customer service, whether it is a simple repair item or a complex order. In addition to offering our customers worldwide exceptional customer service and wholesale pricing, Newautoparts.com takes the frustration out of ordering parts online with a commitment to 100% order accuracy, fast order fill rate, and discounted shipping rates worldwide. The next time your car or truck needs original factory replacement parts, come visit NewAutoParts.com, or call us and our professional parts team will get you back on the road at a price that won’t break the bank. www.newautoparts.com - 877-498-7278.

Now headquartered near Charlotte in Concord, N.C., Tasca Racing was founded in 1962 by legendary Ford dealer Bob Tasca, Sr. of Rhode Island. While most well-known for coining the term “Win on Sunday, Sell on Monday”, Bob Tasca, Sr. is also widely recognized for helping bring Ford to the forefront of performance during the golden era of racing in the 50’s and 60s with such vehicles as the 428 Cobra Jet. Today the Tasca performance heritage continues with the second and third generations of the family. Carl Tasca, Sr. (Bob’s son) drives the fastest Ford Cobra Jet in the country. Bob Tasca III (Bob’s grandson) pilots a 300 mph 10,000 horsepower NewAutoParts.com Shelby Mustang Nitro Funny Car. When Bob III is not involved with his race team, he works at the family dealership. The Tasca family is proud to say that “Win on Sunday, Sell on Monday” is alive and well within the Tasca team. See more at TascaRacing.com